ZOMBIES! AN ILLUSTRATED HISTORY OF THE UNDEAD by Jovanka Vuckovic 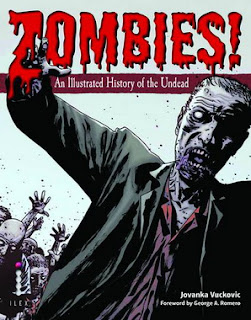 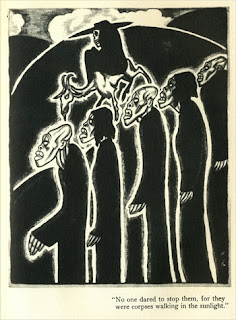 fanatičnim pratiocima kalt ov gula i uopšte verziranim horor fanovima ova knjiga će manje novog reći u poglavljima o zombi-filmu (najbrojnijim, no prekratkim), ali zato možda hoće u onima pred kraj, gde se bavi zombi stripovima, igricama i sličnim.
evo, dakle, šta je 'naše gore list' jovanka vučković uradila sa živim mrtvacima:
BOOK REVIEW
by
Dejan Ognjanovic
Zombies are in!
After decades of mindless shambling in the confines of pulp magazines and B-movies, the living dead have finally reached the mainstream with the box-office success of 28 Days Later (2002) and its sequel, followed by the Resident Evil series, but especially after Zombieland (2009) gripped the mass-audiences. The book stalls are cluttered with the titles like Zombie Apocalypse, The Zombie Survival Guide: Complete Protection from the Living Dead, World War Z: An Oral History of the Zombie War, The Zombie Survival Guide: How to Live Like a King After the Outbreak, and the like "manuals", topped only by the runaway success of Pride and Prejudice and Zombies: The Classic Regency Romance - Now with Ultraviolent Zombie Mayhem! 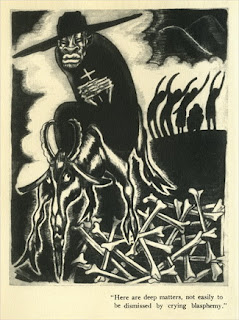 Zombies! An Illustrated History of the Undead by Jovanka Vuckovic is a timely overview of these creatures, from their origins in Haitian folklore through their literary and cinematic incarnations all the way through comics, video games and phenomena like "zombie walks". After a brief tongue-in-cheek introduction from the inevitable George A. Romero (in which he talks about his own relation to the living dead), the book opens with the history of zombies. These chapters provide a necessary insight into the background which includes not only the voodoo beliefs but also hints of the racist and degrading American influence on Haiti, later reflected in equally racist steretypes which accompanied most of early zombie comics, pulp stories and horror films. These facts are commonly neglected in popular texts on zombies, and it is to Ms Vuckovic's credit that she does not omit unpleasant truths in between the lines of her subject. 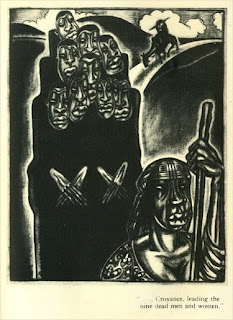 The greatest part of the book is devoted to zombies in cinema, beginning with the poverty row Z-classics like White Zombie (1932) and the rightfully forgotten trash curios from the 1950s. Zombie renaissance begins with Romero's Night of the Living Dead (1968), which gets a special chapter, the same as its follow-up, Dawn of the Dead (1978) and unofficial sequel (cash-in), Fulci's Zombie (1979). Pre-Fulci Euro-zombies (the Blind Dead series; Manchester Morgue...) get their due just like the spaghetti-undead (with plenty of red sauce) of the 1980s. American highlights of that decade include the cult faves Dead and Buried (1982), Re-Animator (1984), The Return of the Living Dead (1985) and the initially misunderstood and unloved Day of the Dead (1985), which Vuckovic labels as the best of the Romero bunch (those who prefer Dawn of the Dead would tend to disagree). Post-Millennial zombies are there, too, including Dawn of the Dead remake (2004) which, strangely, gets equal space in the book to Romero's original, in spite of author's accurately calling it "unnecessary" and pointing to its numerous flaws. The Japanese undead are there, accompanied by the most recent popular TV series like the British Dead Set and American The Walking Dead. 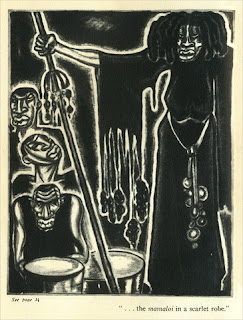 Jovanka Vuckovic is a Canadian author of Serbian origin: award-winning writer, editor and film critic who was recently labelled one of the top-13 most important women in the history of horror! To lovers of horror she's probably best known as the editor-in-chief of one of the leading genre magazines, Rue Morgue (she held that title for seven years, until 2009). She is, therefore, knowledgeable when it comes to horror, and her writing shows that rarely found talent of recognizing the relevant, meaningful and interesting details to choose from, especially when one deals with the over-rich and over-ripe history of the undead. 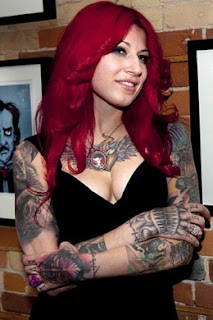 The book is not too analitical and may not be as detailed as some might like: its ambitions are obviously more towards the popular than towards the academic. This doesn't mean that it is lacking in insight: quite the opposite. But, due to limited space, and desire for lavish illustrations (full color throughout!), many intriguing readings and arguments are only sketched. The author readily admits these limitations, and offers helpful lists of 100 Zombie films and 100 Zombie fiction titles for further investigation. 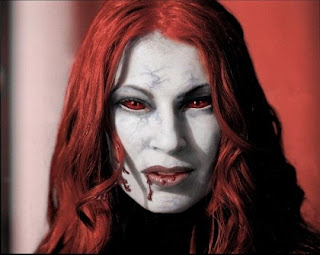 I have very few complaints about this book, the greatest being that Pupi Avati's Zeder (aka Revenge of the Dead, 1983) is inexplicably lumped together with Lenzi's, Mattei's and Bianchi's trash flicks, dismissed all together as "mediocre to abysmal outings that manage to make quick work of undressing beautiful women in raunchy scenes that often have little to do with the plot" (page 85). Regardless of one's evaluation of this title (I tend to find it way above "mediocre"), the references to raunchy scenes and the like have absolutely nothing to do with this particular film. While Zeder is far from perfect, the quoted complaint against it has no ground in the film itself. Also, one might wish there was more space for discussing some of the more unconventional titles, barely mentioned here, like Pet Sematary (1989), Dead Heat (1987) and Les revenants (aka They Came Back, 2004). On the other hand, it is commendable that not even patriotic inclinations could make Ms Vuckovic include the truly abysmal Serbian Zone of the Dead (2009). 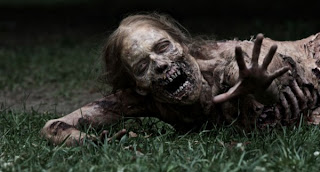 Zombies! is a quality introduction to and overview of the plaguing problem of our near-apocalyptic times. More ambitious students are referred to the popular culture classes in Zombie Studies offered by The University of Baltimore and to other books of this growing phenomenon. Be prepared: they're coming to get you, and Ms Vuckovic's book (especially in its hardcover edition) may come handy!
Објавио Dejan Ognjanovic у 06:00 4 коментара: