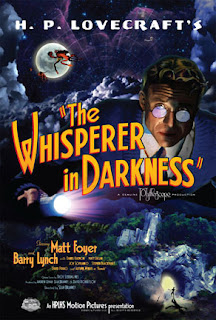 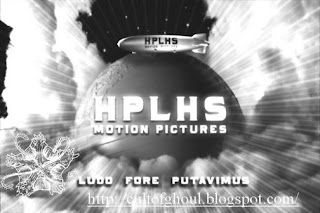 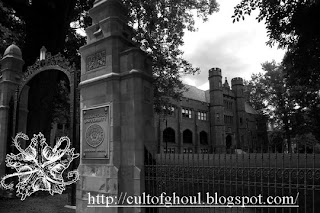 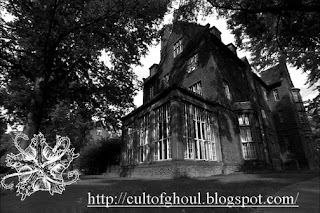 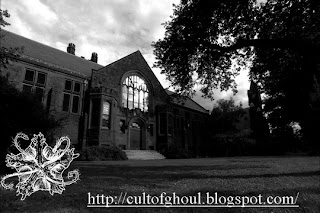 The Whisperer in Darkness is the first feature length film by the folks from the H.P. Lovecraft Historical Society. Their version of The Call of Cthulhu (2005), directed by Andrew Leman, was a brave and surprisingly successful medium-length film (47 minutes) done with a lot of care and talent. Unlike numerous other flicks which (ab)use Lovecraft's name merely to sell yet another same-old creature feature and/or slasher, The Call of Cthulhu was obviously a labor of love, but also of knowledge about what makes the Great Old One truly great. 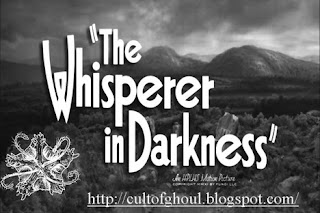 It was shot in the style of a 1920s silent horror (which means: in glorious black and white), with period-style music and inter-titles. The Call... used the legacy of German expressionism in its high contrast photography and play of shadows, visible also in the stylized sets a la Cabinet of Dr Caligari with weird shapes and angles to depict surreal dreams and the non-Euclidean geometry in the city of R'Lyeh. 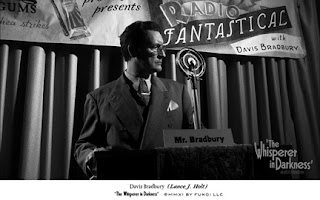 The Whisperer in Darkness is a far more ambitious effort, and not only in terms of its running time (103 minutes). If Cthulhu was done as a re-enactment of 1920s horror, then The Whisperer, directed by Sean Branney, looks and feels like a long-lost noir-style horror from the 1940s. 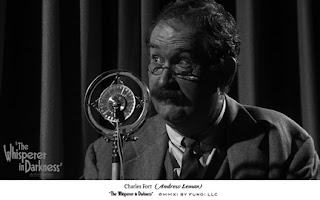 Shot in "Mythoscope", this time with sound, but still in black and white, it is clearly a letter of love and dedication to H. P. Lovecraft, one of the greatest horror writers of 20th century. 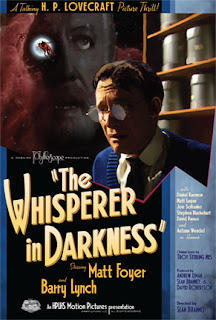 It follows the novella it is based on (published in 1931) pretty closely, up to a point, and deals with Henry Akeley (Barry Lynch), a farmer secluded in the woods of Vermont who discovers strange, not-of-this-earth footprints (that is, hoofprints; or are they clawprints?) around his home and begins to suspect a race of creatures from the distant gulfs of space abducting some men and beginning a clandestine invasion of our wold. 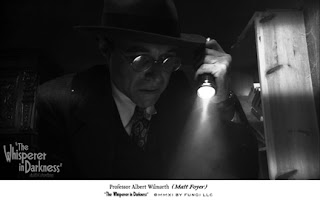 He corresponds with professor Albert Wilmarth (Matt Foyer) from the Miskatonic University, who decides to visit him and decide for himself if there is any truth behind the letters and curious photographs he was sent.
This film is obviously made by Lovecraft's followers primarily for other like-minded individuals, with no big concessions made to turn it more commercial – although the action-packed ending, significantly altered from the one in the novella, may seem like an attempt to liven up things a bit and provide a more suspenseful climax than the original had, based as it was on a rather predictable "twist". 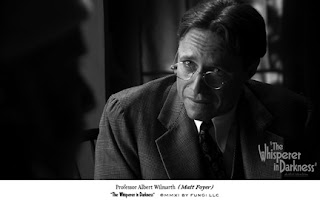 The Whisperer in Darkness certainly has a far greater commercial appeal than its almost avant-garde experimental Cthulhu predecessor, but its intentionally old-fashioned approach (and black & white photography) will probably limit its appeal to the Lovecraft initiates, SF-horror enthusiasts and the remaining adventurous followers of the weird cinema as its primary target-audience.

Viewed as an adaptation of a genre classic, it is pretty well done, though the first half may seem too talky to some. It would've been nicer to see the creepy contents of the farmer-to-professor correspondence dramatized instead of mostly narrated and presented through dialogues. Charles Fort, a famous weird-phenomena enthusiast from the 1930s (when the story and film take place) has a clever cameo in an episode (not in the story) in which professor Wilmarth has a discussion with Fort, live on radio, about the modern science and its attitude to "wonders" and mysteries of existence. 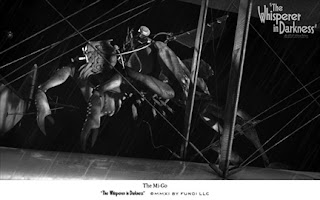 Lovecraft's twist about "the whisperer" is revealed shortly after one-hour mark, and the remaining 30 minutes or so offer events, action, chase sequences, creatures, horrors and visual concepts completely invented by the makers (the screenplay is written by Branney and Leman). 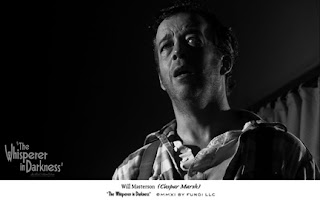 Some Lovecraft purists may find the action-driven climax too different from what the novella is about, but others will be happy to see the well-made scenes of flying creatures chasing the small airplane and the ensuing struggle. 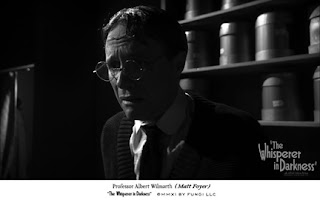 The CGI aliens are the only obviously modern visual element in a film otherwise pretty minute and accurate in its period setting and dedication to the style of vintage horrors. The design of creatures and their various alien gadgets are excellent and rightfuly reminiscent of the retro-futuristic machinery from the covers of classic Weird Tales. 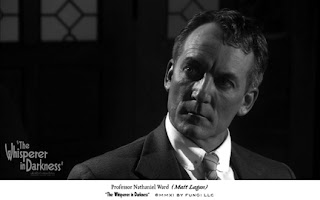 My greatest complaint, other than too many "photographs of people talking" (as old Hitch would say) in the first half, would be the lack of sufficiently thick atmosphere in the Vermont woods. Lovecraft envisioned the plot based on his travels in the region, and conceived it as an exercise in mood and creeping hints of something sinister lurking in the silent and lonely hills and forests.

There should've been more than a few brief shots of that in the film (some involving fine miniature work). Also, the ending resorts once again to the cliché of people in queer robes shouting incomprehensible things while invoking strange "Gods". This is not only done to death in practically every other "Lovecraftian" film, but is also utterly incongruent with this particular plot, in which the occult has absolutely nothing to do with its SF concepts. In a film pretty faithful to Lovecraft this is an unnecessary slip. 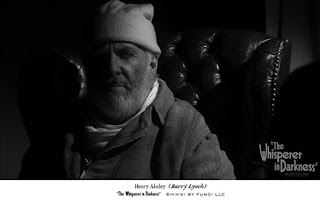 In terms of filmmaking, The Whisperer in Darkness is exquisitely shot and edited by David Robertson and very well directed by Sean Branney. The latter has already won the Audience award for Best director at the SFF-rated Festival of SF and Fantasy Film in Athens. The low budget origins are visible but expertly overcome by good costumes, elaborate production design and, of course, by the crisp photography.

The loving attention to period detail is, after all, to be expected from the people who call themselves "H. P. Lovecraft Historical Society", and this adds to the intriguing viewing for those in the mood for such a blast from the past. The makers certainly showed that one doesn't need 150 million dollars, nor Tom Cruise, to make a very good HPL adaptation. Besides, their actors' motivation is enthusiasm, not dollars, and this clearly shows in every frame of the film. 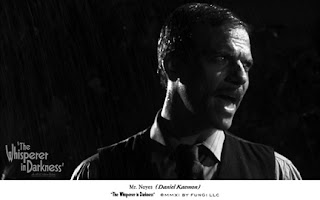 They deserve success for their efforts, and if they continue their evolution along the lines already sketched, after the 1920s and 1940s hommages, their next film will be probably in color, styled after Roger Corman's and other AIP Lovecraftian flicks from the 1960s. Let's just hope they remain closer to Lovecraft's spirit than those.
Објавио Dejan Ognjanovic у 14:32 Нема коментара: