A CENTURY OF WEIRD FICTION 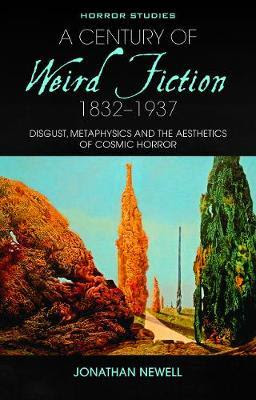 A Century of Weird Fiction 1832–1937: Disgust, Metaphysics and the Aesthetics of Cosmic Horror
– Jonathan Newell 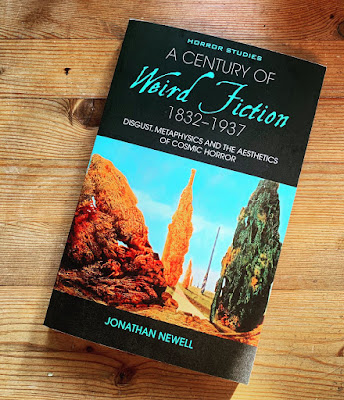 About The Book
This book offers a new critical perspective on the weird that combines two ways of looking at weird and cosmic horror. On the one hand, critics have considered weird fiction in relation to aesthetics – the emotional effects and literary form of the weird. On the other hand, recent scholarship has also emphasised the potential philosophical underpinnings and implications of weird fiction, especially in relation to burgeoning philosophical movements such as new materialism and speculative realism. This study bridges the gap between these two approaches, considering the weird from its early outgrowth from the Gothic through to Lovecraft’s stories – a ‘weird century’ from 1832–1937. Combining recent speculative philosophy and affect theory, it argues that weird fiction harnesses the affective power of disgust to provoke a re-examination of subjectival boundaries and the complex entanglement of the human and nonhuman. 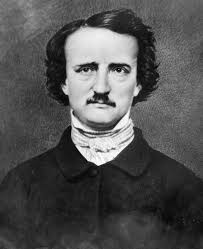 * * *
‘Jonathan Newell’s rigorous analysis reveals how weird fiction has anticipated and influenced important movements in contemporary philosophy. This book offers striking new critical insights, giving a fresh perspective on Lovecraft as well as illuminating critically-neglected writers such as William Hope Hodgson. Newell writes with depth, sensitivity and flair, and A Century of Weird Fiction is sure to become a key text for scholars working across Gothic and Horror Studies, as well as those with an interest in contemporary philosophy.’
-Dr Chloé Germaine Buckley, Manchester Metropolitan University 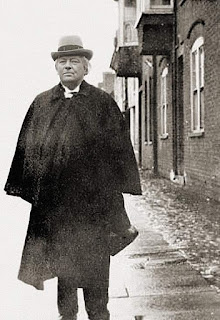 Horror has long been haunted by the High vs. Low dichotomy, not only in terms of whether it belongs to high or low culture, but also regarding its own key effects: subtle, suggested terror is usually elevated, while explicitness and body horror are mostly condemned as too crude. A Century of Weird Fiction, the latest in UWP's excellent “Horror Studies” series, aims to bridge the gap, or better, to show that no gap has ever existed, at least in the works of weird fiction’s major practitioners.

The five key chapters prove that disgust and metaphysics are not strange bedfellows in the selected writings of Edgar Allan Poe, Arthur Machen, Algernon Blackwood, William Hope Hodgson and Howard Phillips Lovecraft. The author’s claim is that each of these writers “articulates a metaphysical vision of an ultimate reality that always seems to recede from a wholly intellectual grasp but which can be partially apprehended through art and the affects it arouses.” Invoking a variety of philosophers and thinkers and using their concepts as tools to crack open the significance behind the gruesome body decay, mutation, monstrosity and transformation in said writers’ major stories, Jonathan Newell adds a welcome weight to the titles which have rarely, if ever, been seen from this perspective.

In selection of authors and their works this study is top-notch (though the “disgust” in Blackwood seems a bit forced); each name is represented by three key works, and in their close readings it is elaborate, demanding, but also rewarding (especially useful is the chapter on Hodgson, up to now sadly neglected by the academia); in its ultimate findings this book is a perfect, enlightening addition to a non-academic study such as S.T. Joshi’s The Weird Tale (RM#117). Belonging to the high-brow end of the horror-thinking spectrum, this book may require some heavy lifting, but is well worth the effort.